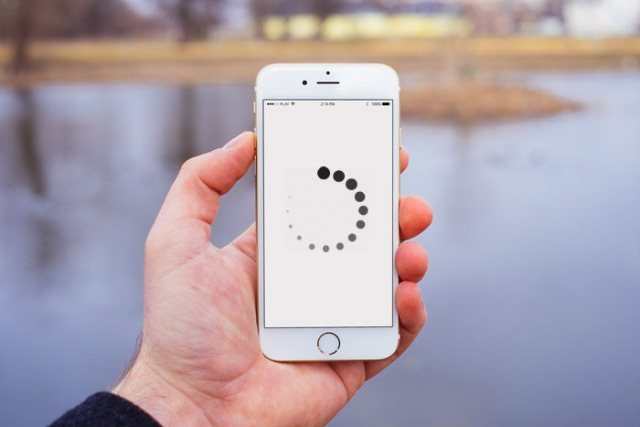 The mobile apps space can be a battleground for app development teams, with the goal being achieving profitability as quickly as possible. There are two choices when it comes to monetizing your app.

Some developers opt for a mix of both, offering the app for free with ads until the user upgrades, but there are some pros and cons to both of these methods.

Learn More: How Will your App Make Money? A Guide to Mobile App Monetization

It’s estimated that by 2019 mobile ad spending will account for 72% of all digital ad budgets. With this in mind, it gives a significant benefit to mobile app developers aiming to achieve profitability with their apps quickly. Free apps have less of a barrier to entry for new users, and even a user who uses the app briefly can generate ad revenue.

However, while spending on ads will increase, that doesn’t change the fact that users readily dislike mobile ads in general. According to research from Hubspot, 70% of mobile users reportedly did not enjoy mobile ads in their user experience. Because of this, mobile ad blocking has increased year over year by 90%. With many free apps and mobile websites taking advantage of lax security measures on mobile phones to exploit malware and phishing attempts, it’s not hard to see why this would be the case.

Still, that doesn’t stop mobile users from spending 69% of their free media time on their smartphone. On average, users are on their phones for over three hours according to eMarketer’s findings.

Also, with the continuing prevalence of ad blocking on mobile websites, this provides mobile advertisers with in-app advertising as their best option for reaching their target audiences. This works to the benefit of mobile developers as well, as mobile users spend 89% of their time in an app versus 11% on a mobile site as found by Smart Insights.

What this means for mobile developers is that in-app advertising could be a boon to a seemingly crowded marketplace. With there being several different methods, SDKs and strategies involved, just deciding to pursue this option can be a bit daunting.

There are four main types of ads that mobile developers can use to monetize their apps. Each one of these corresponds to different types of mobile ad SDKs which can be used to leverage the right ad types with the audience of each app. Many developers will choose their SDKs based on their needs and the kinds of ads they feel respond well with their users.

Interstitial Ads come in three types on their own. These will typically be used to break the action of a game or other app with an ad, causing a pause to a users usage of the app.

Banner Ads - As with traditional online banner ads, these occupy a small section of the screen and can be clicked if a user has interest in them. Developers can choose to allow these to be closed or leave them on screen at all times.

Full-screen Ads - These block the entirety of the screen until a certain amount of time passes. While this type of ad definitely grabs a user’s attention, repeated usage can raise fatigue.

Push notifications are arguably the most powerful method of reaching an app user. Push notifications are used by mobile phones to alert the user of things like missed messages and calls and other important information. This is almost a surefire way to get noticed, and when done correctly can pay off exceedingly well. However, if abused too often it can leave to the abandonment of the app.

These types of ads require the user to complete an action such as filling out a survey or downloading another app. This is typically something found in games and used to leverage their high user retention rates to promote user involvement further.

Native Ads exist inside of the UI, look, design, and feel of an app naturally. Think of how Twitter and Facebook promote sponsored messages in your timeline or feed. It looks very natural to other messages you would expect with the app and makes it feel like users are less inundated by advertisements.

Depending on your mobile app, it will be increasingly difficult to accomplish the direct ad targeting you may want with a single Mobile Ads SDK alone. Specific SDKs and advertisers will offer ads on one platform, but not another. For this reason, systems like Enhance exist to allow developers to integrate multiple SDKs easily.

Many other mobile development tools exist to simplify the lives of developers trying to pursue the highest profitability for their mobile apps. It’s simply a matter of what your goals are and where your app is currently that decides what steps you should take to achieve them.

To get more insight towards the path of adding in-app advertising to your mobile app, please refer to our infographic.